Great Music for those in Senior Housing

A lot of people perform music at different senior housing facilities around Western New York. But, if you’re new to the senior living music gig, you might not really know what sort of songs to play. So, here are a few artists to consider:

Elvis
This one is so obvious, I almost didn’t even think of it. But, they don’t call him The King for no reason across generations and even manages to capture attention today, decades after his death. Play some Elvis at an assisted living facility, and you’ll be sure to get some smiles.

Dean Martin
If you can’t name a Dean Martin song, chances are that you’d still recognize the tunes, and you’ll probably be able to do a decent cover. Now, if you can nail his voice and comedic style, you might have a nice impersonation act on your hands…

Jackson 5
Covering Jackson 5 might not be too appealing, since their songs require a particular sort of charm. However, as a DJ, having some Jackson 5 on hand will make plenty of residents happy.

Bob Dylan
Dylan is still going strong today among people of all ages, so the elderly are no exception. Throw some Dylan in your set and you’ll be sure to have fun alongside your audience:

Johnny Cash
Last, and certainly not least, we have Johnny Cash. A unique and powerful performer with both serious and light-hearted songs, you’ll bring back memories for residents anywhere you go by including him in your set: 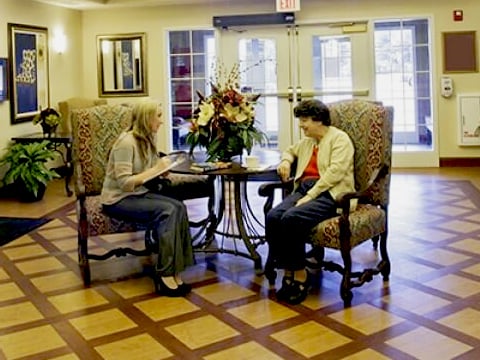